It seems like more and more people are coming to us with a very similar story lately, so I thought this would be a great opportunity to inform you about the issue at hand. The following factors commonly lead organizations to contract off shore developers, and then result in common issues – and why cheaper isn’t always better.

If you’re anything like me, you need to know you’re getting a good deal. I can’t remember the last time I paid full retail for anything other than groceries or a birthday card for my better half (or more accurately, my better 7/8ths).

Sure, these offshore development companies appear to be more cost effective. You’re quite literally paying pennies on the dollar to hire a seemingly experienced designer / developer from Mumbai. But what you get, if you get anything at all, is far less than what you would get from working with a local company like Digital Tea.

You think you’ve done all your research and hired the right guy or gal for the job and tell them as explicitly as you can what it is you’re looking for. Next, they start building away and unbeknownst to you, here’s where things start going sour.

Firstly, it’s incredibly common and not an understatement to say that these developers DO NOT read between the lines. Now I’m not sure if it’s a language barrier, that you are not paying them enough to think outside the box, or that they are just trying to get the job done as fast as possible and don’t spend the time to think. But every single person that I have dealt with who has hired an off shore developer has told me the exact same thing.

“They did exactly what I asked them to do, but nothing more.”

Which, I suppose, is both good and bad. Personally, I don’t like it when I’m paying for a service and the contractor takes substantial liberties without letting me make my own informed decision. Let’s use an example… You might be thinking that you want an easy way for your prospective clients to reach out to you, so you’ve asked your off shore developer to put a contact us button or icon in the header of your site. And of course, they will, but what they won’t do, is care enough to inform you that the theme your using doesn’t support it. So instead of reading between the lines and maybe asking what you are actually trying to accomplish by adding this icon or button is, they just do it. By ANY means necessary. We refer to these poorly executed tasks as a “hack job”. Typically, these hack jobs come back to bite you later on down the road. You see, by simply having your developer ask why, perhaps they could have suggested that instead of the button or icon, you could effortlessly put an email address and/or contact number in the exact same location. But instead of relaying this information to you and informing you of the consequences of your seemingly simple request, they just do what you have asked. Now fast forward a month or two and there is a new update available for your WordPress theme, and that little request now gets entirely or even worse, partially overwritten. Now you’re left with a contact icon that is floating over top of your logo preventing people from clicking it or your menu.  So now it doesn’t work and looks broken and atrocious!

Take this simple example and apply it to an eCommerce website with a shopping cart and login areas for your clients to check order status and track shipments etc. As you can imagine this can get very complicated and messy, very fast.

So now we take a step back and that shiny new website that you “saved” all that money upfront on, is now a ticking time bomb. So, you have two choices; you either never update your website engine (WordPress) or the various plugins and hope you don’t get hacked, because eventually this is going to become a security concern. Or you can double down and play Russian roulette, cross your fingers and install the updates hoping that your site doesn’t completely explode. Unfortunately, it’s sad to say that more often than not, that’s what happens. Leaving  you with no choice but to go back to the original offshore developer and get them to restore the site from the latest backup (if there is a recent backup) and fix the issue. This will more than likely come at a cost, and with the time difference, you’re looking at a least a several hour delay while you get the pleasure of hoping that they can get to it ASAP and with some sense of urgency!

Here’s what one of our clients had to say about his experience working with an offshore developer.

I came up with an idea to build a marketplace website in February 2018. After some research it turned out to be a great idea for Africa. So I started talking about it and looking for developers to make it real. At first I talked to a couple agencies here in Edmonton, the first one barely listened to what I was saying. At first they just asked what my budget was and when I said a few thousand they kindly told me that it wouldn’t be possible. I didn’t give up and began looking for freelancers because I was told that it might be a less expensive option… I contacted a developer from India that was offering web development and apps. He was cheap and he offered to do the website and both Android and iOS apps in 3 months. We agreed to start immediately. I was paying weekly and he was giving me weekly progress. We live 12h apart so I had to stay up late in order to talk with him and he maintained odd working hours. Things began getting difficult when I noticed that he wasn’t thinking outside the box and was just waiting for me to tell him that I need this here, and that there. He once even charged me 8 hours of work to set up a blog page which was already there by default in the theme we were using. Talking about the theme, Digital Tea informed me that he was using a hacked theme with no license and no child theme. This meant that the design wasn’t stable enough to upgrade. Long story short, I ended up with a non-functional website that I didn’t know what to do with. I emailed Digital Tea and after explaining my situation they kindly invited me to come for a meeting. Shortly after, we set up everything up and began developing the site properly. From purchasing the theme, to the design and the development part, everything was crystal clear we were on the same page. We worked within budget and they even offered a payment plan… Since then, I met up with the team a couple more times and life was good. They came up with some great ideas that I never even thought about. The thing I really appreciate with Digital Tea is the professionalism. They are laid back but productive and am really happy with the way my project was and is going.  The lesson I learned is that going cheap… can be very expensive! 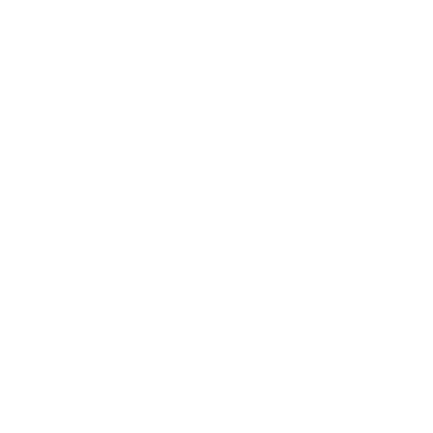